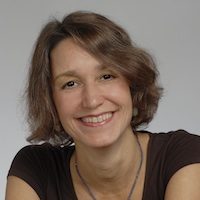 Valerie Paradiz, Ph.D., is the director of Valerie Paradiz, LLC, a consultancy that designs curricula and provides technical assistance, training and strategic planning to schools, universities, corporations and agencies that support individuals with autism spectrum disorder (ASD) and related disabilities.

Dr. Paradiz is a national board member of Autism Speaks, where she also serves as chair of the Family Services Committee.

Dr. Paradiz is a regular columnist for the Simons Foundation Autism Research Institute’s Spectrum News. She is also the author of “The Integrated Self-Advocacy ISA® Curriculum,” for which she was a 2010 International Book Award finalist in education. Her 2016 publications include chapters in two books from Jessica Kingsley Publishers: “Autism and Learning Difference: An Active Learning Teaching Toolkit” and “The Challenge and Promise of Autism Spectrum Disorders in Mid and Later Life.”

Dr. Paradiz’s additional publications include “Lesson Plan a la Carte” (AAPC, 2011), “Scholars on the Spectrum Achieving Dreams” (Auricle, 2012) and a memoir titled “Elijah’s Cup: A Family’s Journey into the Community and Culture of High-Functioning Autism and Asperger Syndrome” (Simon & Schuster, 2003). Her work in autism and the disability fields has been featured in The New York Times, Redbook Magazine, The Guardian, Parade Magazine, NHK Japan, MTV’s “True Life” and on National Public Radio. Dr. Paradiz is the 2015 recipient of the Autism Society of America’s Adam Heavner Memorial Award for promoting successful employment of individuals with autism.

In support of her son Elijah, who has autism, through debilitating crises he experienced in the fifth grade in public school, Dr. Paradiz founded the pioneering ASPIE School in 2002 for middle and high school students with autism. In 2006, she brought the same program to New York University’s Asperger Institute, where she served as director of education from 2006 to 2007. During this period, Dr. Paradiz participated in a study of adults with autism at NYU Medical Center and was diagnosed with Asperger syndrome.

Dr. Paradiz received her Ph.D. in German Studies with honors from the Graduate Center of the City University of New York. Before moving into the field of autism, Dr. Paradiz published translations of German literature (“All I Need Is Love,” Klaus Kinski, Random House, 1995), as well as narrative nonfiction (“Clever Maids: A History of the Grimm Fairy Tales,” Perseus, 2005) while teaching writing and literature at Bard College in New York.