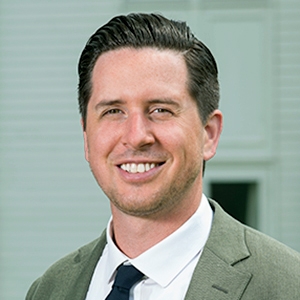 Dan McManmon grew up in western Massachusetts with four sisters, six foster brothers, and an adopted brother. Dan’s father, Michael McManmon, founded the College Internship Program (CIP) in 1984 and was diagnosed with Asperger’s syndrome in his late 50’s. The experience and relationship growing up with his father have had a profound effect on his understanding and compassion of Autism, ADHD and related learning differences.

Dan studied multimedia and marketing at Champlain College and Autism Spectrum Disorders at Elms College. He began working in the field of autism and learning differences in 2005 as a marketing coordinator and residential instructor teaching independent living skills and person-centered planning. In 2007, Dan relocated to Berkeley, California to assist with the opening of CIP’s fourth center. In 2010 he relocated back to Western Massachusetts and served as Director of Admissions and Marketing for CIP.

Dan is a member of the Autism Asperger’s Network (AANE), Learning Disabilities Association of America (LDA), Autism Society of America (ASA), and the Young Presidents Organization (YPO). His co-authored work on Reframing was published in the Autism File Magazine and he is a contributor to Autism & Learning Differences: An Active Learning Teaching Toolkit released by Jessica Kingsley Publishers in 2015.

As President, Dan strives to achieve long-term vision and alignment with CIP’s core values and founding principles by ensuring operations, marketing, strategy, and programming are effectively implemented across the organization. He enjoys producing music, photography, hiking, biking, and spending time with his wife Nicole, son Marlow, and daughters Arbor and Juniper.